Front Page > Akihabara Archives > Chapter 8 – From the Otaku Culture Hall of Fame to the world’s Akiba. A new era of “transforming city” Akihabara-

Chapter 8 – From the Otaku Culture Hall of Fame to the world’s Akiba. A new era of “transforming city” Akihabara- 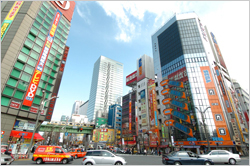 Akihabara has always sprouted new buds that symbolize the times from the chaotic whirlpool of energy. While responding to the needs of people at that time, we have repeatedly changed and developed, and have imprinted the existence of the city of Akihabara in each person’s memory. Radio, ham (amateur radio), TV, home appliances, audio, microcomputers, PCs, game software, video content … Everyone has a memory of visiting this city to catch the trends at that time. There should be no.
Akihabara, which has developed as an electric town that handles radio parts, is now attracting the world’s attention as a source of information on pop culture such as manga, anime, and figures, and that is why it has attracted tourists from overseas. It can be said that the power of unknown change is made. The trends that Akihabara has dealt with at that time, whether they are electrical products, game software, or figures, are backed by world-class technological capabilities, and that is the driving force that connects Akihabara to the world. ing.

IT bubble burst and transformation of Akihabara

2000-The impact of the bursting of the IT bubble ran through the world. The rise of Internet-related venture companies that began in the United States in the late 1990s has evolved into an extraordinary rise in equity investment. Although it reached its peak in March 2000, stock prices fell sharply due to the interest rate hike of the US Federal Reserve Board, and the Japanese stock market, which had been moving like the United States until then, also has net-related stocks. The price dropped sharply and the bubble burst. The impact of the bursting of the IT bubble has not a little affected Akihabara, which is lined with specialty stores that handle personal computer parts. The city, which has prospered mainly on electrical appliances, has undergone a major transformation since 2000.

From the latter half of the 1990s, the number of stores selling software for anime and game enthusiasts began to increase in the city of Akihabara to replace sluggish sales of electrical appliances. Originally, PC enthusiasts called “otaku” who often went to specialty stores to buy PC parts expanded their interest in games, anime, and figures, so the appearance of the store in response to such demand. Has changed, and many maid cafes have appeared. In 2004, the otaku culture gradually became popular and popularized from some enthusiasts, triggered by the boom of “Densha Otoko”, which was born from posting on the electronic bulletin board “2channel” on the Internet. Among them, Akihabara will gradually attract attention as the center of the content industry. It was during this period that the word “Akihabara” appeared, and since then, Akihabara has become known worldwide as the origin of pop culture.

To Akiba in the world

As manga and anime were introduced overseas and Japanese pop culture, including fashion, was evaluated as “Cool Japan” mainly in Western countries, Akihabara was also called “Akiba”, and young people from all over the world As a “sacred place” that I admire, its recognition has increased, and the number of tourists from overseas has increased.
The number of tourists visiting Japan from overseas is partly due to the effect of the “Visit Japan Project”, which was started by the Japan Tourism Agency with the goal of reaching 10 million foreign tourists a year. In the year, the number was 8612,000, an increase of 26.8% from the previous year, and the number is steadily increasing.

Akihabara has long been a city where foreign tourists looking for electrical appliances stop by duty-free shops, but recently, the sight of many tourists riding on large tour buses has become commonplace, and foreigners buying figures and anime goods. I often see the figure of. As an initiative of the city, we will carry out Akihabara tours for overseas travelers and provide free guidance, etc., to enhance information, actively disseminate information, improve the acceptance system, etc. We are working on enhancements.

Akihabara, a city that keeps changing

If Akihabara’s charm is the dynamic power of a bazaar that retains the scent of the Showa era everywhere and the chaos is united in an orderly manner, the closing of the “Akihabara Department Store” is an epoch-making event that shows the transformation of the city. It can be said that.
Opened in 1951, the Akihabara Department Store, which was lined with daily necessities stores and restaurants as a commercial facility directly connected to JR Akihabara Station, ended on December 31, 2006, with a long history of 55 years. .. 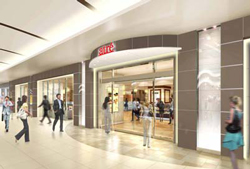 Due to rebuilding due to aging, the department store “Atre Akihabara 1” with a station opened on the site on November 19, 2010, and 46 stores including 39 stores that opened for the first time in this area opened, and the front entrance of Akihabara. The Electric Town Exit changed its appearance. The retro Showa era disappeared, and a new face of Akihabara was born there.
Furthermore, on January 23, 2011, the pedestrian zone, which had been suspended due to the indiscriminate killing incident that occurred in June 2008, will be revived on a trial basis, and the historic event from 1973 will be resumed. So Akihabara has taken a new step. The revival of Hokoten has great significance even as a message with the meaning of a safe and secure city. Behind these movements, the regional cooperation subcommittee “Akiba21”, which was established for the purpose of examining urban development from a comprehensive perspective, plays a major role. Established the “Akihabara Agreement” with the slogan of “Cooperation with everyone, safety and security, and energetic Akiba” as a voluntary rule of the region, and the entire region surrounding the electric town is united to actively improve and revitalize the town of Akihabara. I am working with a slogan.
Until now, Akihabara has used change itself as a source of vitality for the city. Even if Akihabara becomes “Akiba” and becomes a global existence, there is no doubt that it will continue to change while using chaos as energy. That transformation is the charm of this city and the reason why it is Akihabara.